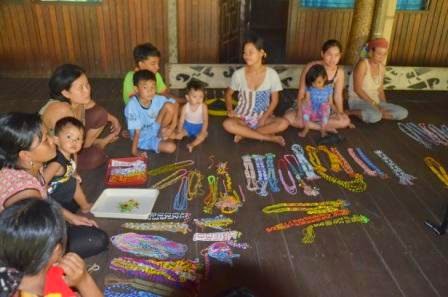 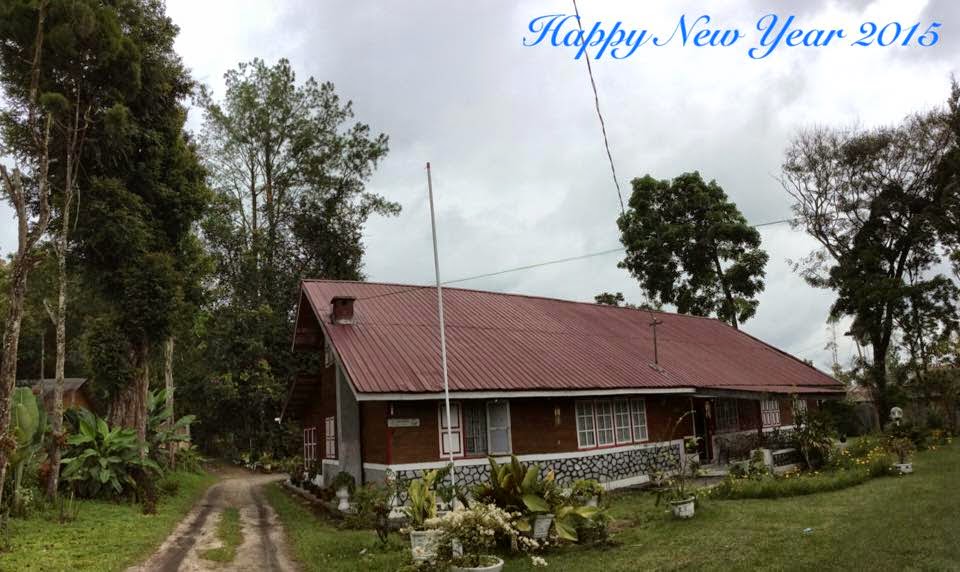 The rustle of bamboo leaves adds to the mystical atmosphere of a road lined with lush bamboo trees at Penglipuran village in Bangli regency, Bali, where bamboo forests have been maintained for generations.
Penglipuran’s communal chief, Wayan Supat, said that of the village’s 112 hectares of land area, 45 ha constituted bamboo forestland, spreading over its northern, northeastern and southern parts.

“Bamboo is ecologically vital to the traditional community here, such as for building shingle-roofed houses,” he said.

Bamboo farmer Wayan Jepang said that bamboo is part of the history, culture and life of Bali’s Hindu community.

“The Balinese use bamboo from the process of birth, for cutting the umbilical cord, to wedding celebrations, to the funeral ritual of ngaben,” Wayan said.

Bamboo has yet to receive adequate recognition, although it plays a significant role in many parts of the country.

In the villages of Kanekes in South Banten; Naga in Tasikmalaya; Pulo and Dukuh in Garut, West Java; Tana Toraja in South Sulawesi; and Wae Rebo in Flores, East Nusa Tenggara, traditional bamboo architecture is climate-friendly and earthquake-proof.
Bamboo — belonging to the woody grass family (Poaceae) and growing in clusters — is one of the fastest growing plants, extending by about 100 cm per 24 hours depending on soil and climate conditions as well as the species. The plant can grow at zero to 4,000-meter altitudes in tropical, subtropical, humid and hot regions, covering coastal, riverbank, low-lying and forest areas.
Of around 1,500 bamboo species in the world, over 160 or 11 percent are found in Indonesia. After India and China, Indonesia has the third largest share of the world’s 37-million ha bamboo distribution. Bangli alone produces around 2.3 million bamboo poles annually.

Nationally, bamboo exports have reached US$5.8 million, mostly to the US, but sadly, the management of bamboo as a commodity has remained halfhearted, according to Desy Ekawati, coordinator of the Cooperation Project for Revitalization of the Community Bamboo Industry, with the support of the International Tropical Timber Organization (ITTO).

“The current paradigm is that bamboo is indistinguishable from poverty,” Desy said.

In reality, timber demand is rising while supplies are growing increasingly scarce with the government’s forest moratorium.

“Bamboo actually has the chance of serving as a wood substitute and later becoming green wood or a sustainable substitute,” Desy said.

Although bamboo is not yet widely utilized, the project’s location has made it able to sell bamboo as a promising commodity.

Penglipuran, with its bamboo forest and handicrafts, has become a world-famous tourist destination. Bangli is also known as a handicraft producer for local and export markets.

Surya Bambu Bali, owned by young businessman I Nengah Suwirya, is probably the only bamboo processing firm in Bali that applies a lamination technique — done by smoking bamboo for preservation. With this process, bamboo can last up to 30 years.

Nengah, who sells bamboo blocks, planks, flooring, walls and furniture, said his products have been exported to Japan and Europe.

“Westerners prefer laminated bamboo because it uses no hazardous chemicals and is cheaper than Japanese products,” said Nengah.

So far, he said that he obtained raw materials from Kintamani and Bangli. When there was a shortage of materials due to big orders, Sumatra and Java remained potential suppliers.

Green School, an international school in Ubud, Bali, renowned for its unique bamboo buildings and furniture, also gets its giant bamboo species from East Java.

With such diverse uses for bamboo, however, Indonesia remains behind China. With vast areas of community-owned bamboo plantations, Indonesia still imports toothpicks, skewers, chopsticks and incense from China.

In fact, according to Desy, Indonesian bamboo species have greater potential than those of China.

“China has no petung bamboo [Dendrocalamus asper], among others,” said Desy. Petung is a large-sized bamboo species widely found in Indonesia and generally used for housing construction and furniture, while its shoots can be consumed as a side dish.

The revitalization project aims to examine and promote bamboo management from upstream to downstream levels and Bangli has been chosen for being Bali’s largest producer with its processing industry.

Government policy is not yet pro-bamboo either. Over the past 20 years, China has planted bamboo on 50,000 to 100,000 ha of land annually and provided employment for some 35 million people.

The Indonesian government has yet to intervene by conducting any kind of national campaign for bamboo revitalization. The Indonesian Embassy in Belgium started with the World Bamboo Congress in 2012.

The increasing demand and market opportunities call for bamboo cultivation technology, such as the tissue-culture method.

Professor Anto Rimbawanto, an entrepreneur of bamboo tissue-culture expert and founder of PT Bambu Nusa Verde, said the technology could reduce bamboo’s rooting and improve growth time to eight months, compared to 1.5 years by grafting. The technology, he said, certainly required considerable investment, such as in sterile equipment and trained personnel, but the effort could create the prospect of a more sustainable bamboo industry with greater economic value. “And in the process, the widespread paradigm that bamboo is for the poor can be changed to bamboo for the rich with a bigger income being accrued from it,” he said.— Photos by Lily G. Nababan
Diposting oleh The Pilgrim di 01.37 1 komentar:

Betung Kerihun; Wonders in the Heart of West Kalimantan 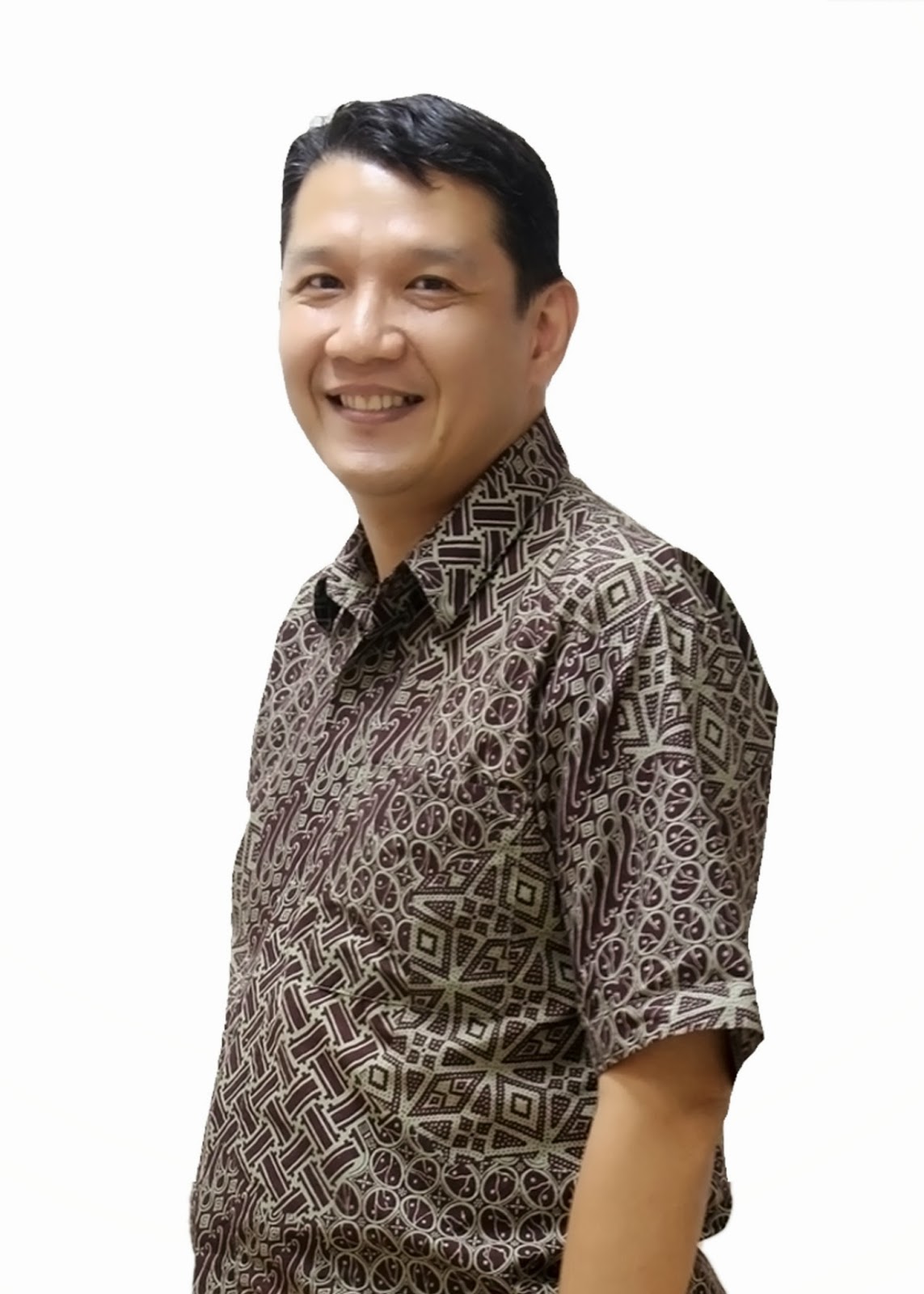 
The 48-year-old executive believes that when a leader’s business understanding and strategy is also well received by his subordinates, they will perform better.

“In order for our system to work properly in the organization, employees must be motivated and aware so that their superiors don’t have to constantly supervise them,” said CEO of PT ABC President Indonesia (ABC PI).

That is why, he added, continuous alignment and communication was vital as the company has numerous employees from various backgrounds.

Herman was referring to the alignment concept presented by Fred Smith, chairman of FedEX, in which he says that an optimum situation is when strategy, employees, customers and the entire process collaborate with each other in an integrated way for company growth and profitability.

Management functions, such as planning, organization, staffing, directing and controlling, can only be perfect based on effective communication. “Alignment integrates the same understanding and reasons or purpose,” commented the Parahyangan Catholic University civil engineering school graduate.

For Herman, both constant alignment and communication are important for the relationship between shareholders and employees.

Herman started his career as a marketing executive at an electronic company after graduating from the education program at Wijawiyata Manajemen Institut PPM (Jakarta). He then moved around between several companies with continuous promotions. His longest position was 10 years at an international pharmaceutical company where he started as a manager and was soon after promoted to trade sales director. He also got the opportunity to work at the company’s branch in Malaysia for three years. “The work was complicated there. There were many assignments but they were extremely interesting,” he recalled.

Ideally, all employees should understand how their work contributes to the company’s business strategy and target. However, Herman admits that there are different preferences in each individual and as a leader, he simply cannot accommodate everything. Sometimes he has to direct according to his own preferences. Most importantly, whatever his decisions are, all employees must be aware of the reasons why he made those decisions so they are aligned 100 percent and can give their full support instead of waiting for the right time to offer criticism.

“We give them due recognition and also teach them to be more open and transparent so that they become more developed, mature and capable,” stressed Herman, who answers directly to the corporate principal in Taiwan.

A leader should reach a level where success not only belongs to him or her but to all. A leader should not claim the achievements as purely his or hers. “The important thing is the end result, the way it is achieved, while who did it is secondary,” said the father of three girls.

Alignment with shareholders is equally important to get their support and involvement in critical steps such as investment, changes in distribution style, team structure as well as branding, which are all discussed during quarterly or mid-year meetings.

Herman, who joined PT ABC President Indonesia in 2008, understands that communication does not always flow smoothly. Differences in views or opinions are healthy, he said, as it meant that there was passion. As each person has a different view, he can use those views to enrich his decisions.

“A leader only has to manage. He or she shouldn’t waste energy on conflicts,” explained Herman. Common goals must be found to solve conflicts through communication. In some cases, conflicts are allowed as it means there is a sense of belonging and involvement.

According to Herman, sales increases or maintenance is closely related to the capability of an organization.

Creating a pleasant and creative working atmosphere very much depends on the leader and as CEO; he always strives to give them such an atmosphere. “We want our employees to love their work and avoid work stress,” said Herman.

Problems, however, always occur. Herman sometimes creates distance between himself and the problem. When disagreeing with shareholders or the owner, he chooses to go along with what they wish while observing the process. Time usually provided a lesson about the crux of their wishes, he said.

Previously as a manager and director, he had experienced sales targets that were not achieved and erroneous delivery. But he dealt with those issues by distancing himself from the problem so that he could see it clearly and find a solution.

He cited an example regarding Minimum Regional Wages (UMR), which were increased by 40 percent, exceeding his forecast of 20 percent.

“There was nothing to panic about,” he said. As the company holds the principle of abiding by government regulations, Herman and his management team looked for a smart solution. Employee salaries were raised as per the new UMR but the company made operations more efficient by simplifying the business process and negotiated with suppliers about payment deadlines.

As the leader, Herman instilled good spirits in his employees. They were given flexible hours: eight hours in the office Monday-Thursday and seven hours on Friday’s. However employees have to be available between 9 a.m. and 3 p.m.

“They have to be at the 9 o’clock meeting,” said Herman. Herman is also flexible in emergency situations.He told them to work from home or cafes that had Wi-Fi, as all of them had been provided with laptops.

Apart from enhancing the effectiveness of each department, Herman also revamped his company’s organizational structure by increasing the role of human resources department.